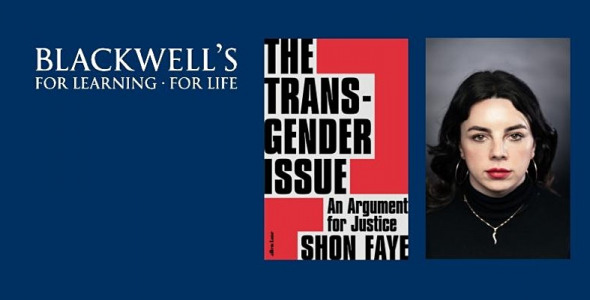 Writer and presenter Shon Faye will be at Manchester Central Library to discuss her new book THE TRANSGENDER ISSUE with Christine Burns MBE.

Blackwell’s Manchester and Manchester Libraries are delighted to be hosting an evening with writer and presenter Shon Faye to celebrate the launch of her new book THE TRANSGENDER ISSUE: AN ARGUMENT FOR JUSTICE. Shon will be in conversation with civil rights and equality campaigner Christine Burns MBE.

Trans people in Britain today have become a culture war ‘issue’. Despite making up less than one per cent of the country’s population, they are the subjects of a toxic and increasingly polarized ‘debate’ which generates reliable controversy for newspapers and talk shows. This media frenzy conceals a simple fact: that we are having the wrong conversation, a conversation in which trans people themselves are reduced to a talking point and denied a meaningful voice.In this powerful new book, Shon Faye reclaims the idea of the ‘transgender issue’ to uncover the reality of what it means to be trans in a transphobic society. In doing so, she provides a compelling, wide-ranging analysis of trans lives from youth to old age, exploring work, family, housing, healthcare, the prison system and trans participation in the LGBTQ+ and feminist communities, in contemporary Britain and beyond.The Transgender Issue is a landmark work that signals the beginning of a new, healthier conversation about trans life. It is a manifesto for change, and a call for justice and solidarity between all marginalized people and minorities. Trans liberation, as Faye sees it, goes to the root of what our society is and what it could be; it offers the possibility of a more just, free and joyful world for all of us.

Shon Faye was born in Bristol, and is now based in London. After training as a lawyer, she left the law to pursue writing and campaigning, working in the charity sector with Amnesty International and Stonewall. She was an editor-at-large at Dazed, and her writing has been published by the Guardian, the Independent and Vice, among others. Faye recently launched an acclaimed podcast series, Call Me Mother, interviewing trailblazing LGBTQ elders. This is her first book.

Christine Burns MBE has campaigned for a quarter of a century for the civil rights of transgender people, and has been involved with the trans community for more than forty years. She has worked as an equalities consultant, helped to put together new employment legislation and the Gender Recognition Act, and wrote the first ever official guidance about trans people for the Department of Health. She is the editor of Trans Britain: Our Journey from the Shadows

This event is being held at Manchester Central Library. Doors 18.00 / Start 18.30. The Transgender Issue and Trans Britain will both be available to purchase on the night and Shon Faye and Christine Burns will be happy to sign copies after the event. Although not socially distanced, we will be leaving a little extra space between seats and asking audience members to wear a mask, at least until seated.

Living Library: This is What an Activist 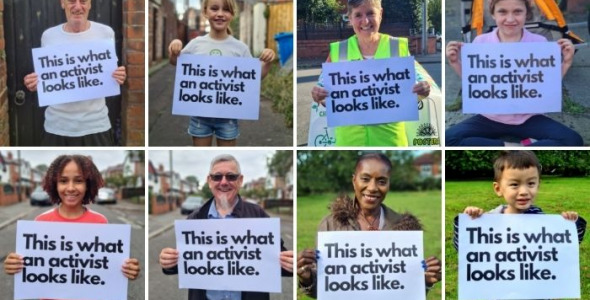 An Evening with Colm Tóibín