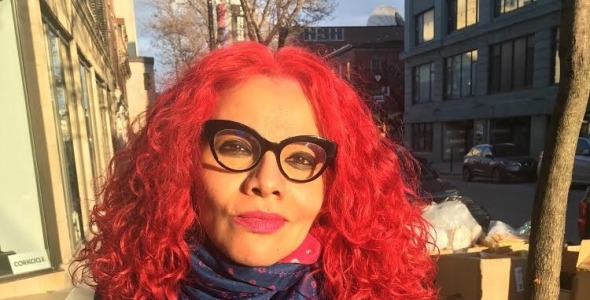 Mona Eltahawy: The Seven Necessary Sins for Women and Girls

Leading feminist activist Mona Eltahawy (Headscarves and Hymens: Why the Middle East Needs a Sexual Revolution) is on a mission to arm women and dismantle the patriarchy.  Through her new manifesto, The Seven Necessary Sins for Women and Girls, Mona plans to teach women and girls to harness their power through embracing the sins they’re not supposed to commit: to be angry, ambitious, profane, violent, attention-seeking, lustful and powerful. Join her at Manchester Literature Festival to be part of the feminist revolution.

Mona is an Egyptian-American author, broadcaster and social commentator.  She has been acknowledged as spearheading the #MosqueMeToo movement and has won a number of prizes including the Women’s Media Centre Speaking Truth to Power Award. Hosted by Mariam Khan, Editor of It’s Not About the Burqa.

Books by Mona Eltahawy in Manchester